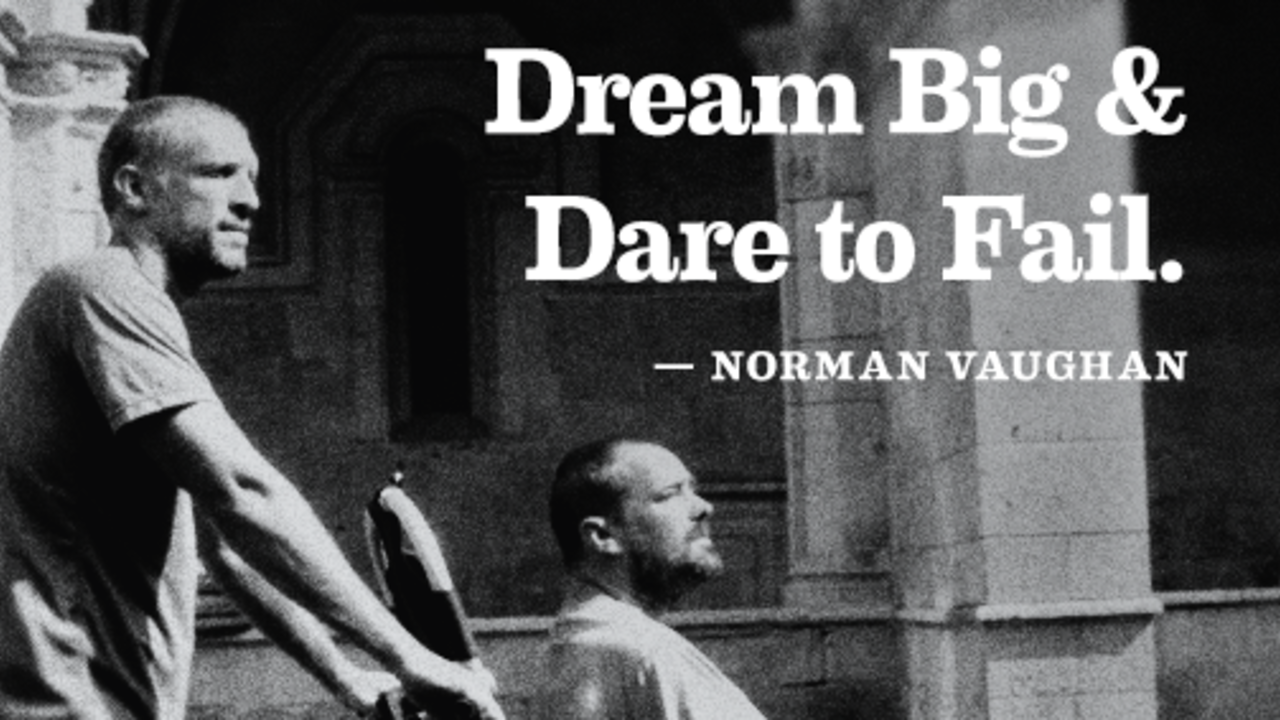 When we called on all our friends on Facebook, Twitter and Instagram for ideas for blog posts, we received many requests. Most were serious, a few silly, and one entirely smart assed. But we wouldn’t expect anything less from Bernard Duffy from Ireland who asked, “Did you meet a supercool Irish guy named Bernie?” While the verdict is still out on “super cool” (just kidding Bernie), he made a comment a number of months ago that struck us both. We had posted a meme about failure. In response to that meme Bernie wrote, “Failure is a great strengthening tool!”

Amen brother! Perspective is everything and this is a great one to possess. Here are our thoughts on failure.

Failure: Friend or Foe
By Patrick Gray and Justin Skeesuck

“Failure is a great strengthening tool!” Before we explore how strength exists within our failures, we need to understand what failure means.

At its origin, failure simply means a “nonoccurrence”. One of the most popular definitions of failure is merely, “the lack of success”. This means failure is defined by one’s definition of success, and nothing in this definition of failure implies there isn’t value in experiencing failure. But how often does our society pressure young men and women into thinking being on top of the food chain is the only thing that matters? Be the best husband, the best wife, the best worker, the best son, the best daughter, the best athlete, the best student, and the list goes on. Worse yet, many swing so far the other direction that the idea of “success” is completely destroyed. Participation trophies for everyone! It’s pretty hard to learn from failure if you are robbed of experiencing the beauty that exists in not reaching a goal, or if success is the only thing that matters. The perfect balance exists somewhere in the middle.

Every single time we fail, we are gifted an opportunity to learn something. Sometimes we learn that we didn’t work as hard as someone else, or that there is knowledge we didn’t possess. Other times we discover we aren’t as good at something as we thought we were or a dream is bigger than what we can accomplish on our own.

So what do we do with failure? This is one of a few true measures of who we are as individuals. Do we simply accept failure and just give up? Do we pretend it didn’t happen and seek the token appreciation trophy? Or do we recognize failure as an opportunity? An opportunity to learn from our mistakes or weakness and work harder, recognize we didn’t know as much as we thought we did and study harder, see that someone deserved to win more than we did and train harder, or recognize we can’t do it on our own and invite others into our story and pursue a dream together?

When we look at our failures as opportunities to learn and grow. The fear of failure is slowly replaced with a sense of excitement. As opposed to thinking, “I failed!” we begin to think, “Okay, what can I learn from this, how can I do things differently next time?”

Don’t be afraid of failures, fear the moments you cease to learn from them.

Stay connected with news and updates!

Enter your info to receive news, updates and much more...